Enter your first name and email address below to get access to my grow strategies for early-stage startups.

What Are Points of Parity?

How Do Points of Parity Help My Startup?

However, an excessive degree of differentiation could cause the goods or services to lose their standard within a given industry, leading to a subsequent loss of consumers. Hence, a balance of differentiation and association is required, and a point of parity has to be adopted in order to allow a business to remain or further enhance its competitiveness.[1][2]

Significance of Points of Parity

Standing out from the competitors

In addition to that, the threats brought by competitors would be lowered significantly, which means, by adopting differentiation strategy, it would allow businesses to be more competitive and be able to have a greater source of income.[3][4]

As the choices of consumers would be lowered significantly from differentiation strategy, consumers are unlikely to accept other variations without being convinced.

Which means, it drives the consumers to lean towards a particular company, and establish a better relationship with the company. Thus, businesses would be able to take advantage from brand loyalty and further enhance the competitiveness.

Point of difference vs. point of parity

Points of difference and points of parity are both utilized in the positioning of a brand for competitive advantage via brand/product.

Points-of-difference (PODs) – Attributes or benefits consumers strongly associate with a brand, positively evaluate and believe they could not find to the same extent with a competing brand i.e. points where you are claiming superiority or exclusiveness over other products in the category.

Points-of-parity (POPs) – Associations that are not necessarily unique to the brand but may be shared by other brands i.e. where you can at least match the competitors claimed best.

While POPs may usually not be the reason to choose a brand, their absence can certainly be a reason to drop a brand. While it is important to establish a POD, it is equally important to nullify the competition by matching them on the POP.

As a late entrant into the market, many brands look at making the competitor's POD into a POP for the category and thereby create a leadership position by introducing a new POD.

POP refers to the way in which a company’s product offers similarity with its competitors within an industry. It could also be known as the elements that are considered mandatory for a brand to be recognized as a legitimate competitor within a given industry.

Therefore, in order to avoid excessive differentiation, adopting point of parity would be the solution. In terms of offering similarities, businesses should look at the benefits and all the positive features of the competitor’s product, and take advantage from it.

At the same time, businesses could work on the negative aspects or even further enhance the positive features of the particular product in order to achieve differentiation, and to take advantage from it. Therefore, finding a balance between point of difference and point of parity is a critical factor for businesses to succeed.[5]

Kevin Keller and Alice Tybout[6] note there are three types of difference: brand performance associations; brand imagery associations; and consumer insight associations. The last only comes into play when the others are at parity. Insight alone is a weak point of difference, easily copied. Putting these together, check their desirability, deliverability and eliminate contradictions.

Traditionally, the people responsible for positioning brands have concentrated on the differences that set each brand apart from the competition. But emphasizing differences isn't enough to sustain a brand against competitors. Managers should also consider the frame of reference within which the brand works and the features the brand shares with other products.

Three questions about a brand can help:

Price differentiation is where a business offers a different price (lower or higher) from the industry’s standard or its competitors. By offering a lower price, it would attract consumers to purchase, as their demand is likely to be higher, when the price is lower.

In terms of offering a higher price, it also has the effect of drawing the attention from consumers, as consumers would wonder the reason behind it, and higher price product tends to be more appealing to the upper class group.

However, in order to take advantage from offering a higher price, the quality of the product has to match the price, otherwise, consumers would lose interests because of not getting what they pay for.[9]

However, differentiation focus targets a particular segment within a market, where it allows businesses to focus on their strength. Thus, the user experience of the particular segment would be better, as all the marketing and pre-production work of the goods or services are focused on specific segment.

The Mac OS System is an example of a successful differentiation strategy. Mac OS offers a variety of features and advantages that Windows PC does not have. For example, MacBook does run faster in the SSD drives and flash storage through the use of PCIe connections, as opposed to the majority of PCs, where SATA is being used instead.

Additionally, the Mac OS System has a better security against virus attack.[citation needed] Also, MacBooks come with software included, for example, iMovie, GarageBand and FaceTime, for a better user experience.

Apple is able to stand out from its competitors with its unique features through product differentiation strategy, as well as being able to take advantage from using premium-pricing strategy as their price differentiation.[10]

Snapchat, founded in 2011, was recognized in 2014, where 9% of the US smartphone owners use Snapchat. Developers Bobby Murphy and Evan Spiegel took advantage from the growing trend of the social media, and targeted people from the age of 13 to 34, as expressing feelings and thoughts through the social media is one of the biggest phenomenon of teenagers.

It was a successful differentiation focus strategy implemented by Snapchat, as they focused on a particular segment instead of targeting people from every age group.

By implementing differentiation focus strategy, it allowed Snapchat to focus on the features that people from the age of 13 – 34 prefer, and as a result, user experience would be enhanced, as the app is tailored for them. Thus, in 2014, Snapchat became the top three leading social media app.[11][12]

Advantages and disadvantages of differentiation

In terms of advantages, one of the examples would be it enhances innovation, where new goods and services would draw public’s attention, and allowing businesses to survive in the global competitive market, as differentiated products would stand out from other competitors and avoid the threats brought by substituted products.

In addition, differentiation would allow businesses to take advantage from brand loyalty. It is because differentiated goods and services are likely to have a better user experience, hence, the chance of having returning customers would be significantly increased.

However, differentiation also contains disadvantages, an example would high cost and time consuming, especially in the introduction stage of the product life cycle.[13]

It is because R&D (research and development) and marketing would require certain amount of money and time in order to be accomplished properly. Apart from the concern over cost and time, another disadvantage would be differentiation hinders market entry.

Therefore, in order to avoid all the threats, businesses would have to ensure marketing and branding have been well accomplished in order to take advantage from brand loyalty.[14]

From a short-term point of view, differentiation strategy is less likely to favor businesses, as R&D (research and development) and marketing would require certain amount of money and time.

On the other hand, from a long-term point of view, differentiation strategy is more likely to favor businesses. It is because once R&D and marketing are being done, businesses would be able to have a clearer picture regarding what do people prefer, then differentiation focus strategy can also be implemented.

Furthermore, differentiated products are likely to be recognized, as people would discover and examine them, which means, the risk of not gaining recognition would be reduced, and businesses are able to take advantage from brand loyalty if the user experience is exceptional.

On the flipside, it is also conceivable that successful differentiation would hinder new entry, i.e. the competition in a particular industry could become more competitive.

Additionally, innovation is required in order to survive in the competitive global market, which means, it could be challenging for businesses to ensure their differentiated products are innovative and contemporary for people over a long period of time.

Click here to learn more about our positioning services.

The Product Marketing Agency Serving Entrepreneurs From Idea to Scale

Get My Free Proposal
Jason Quey

I am the CEO and Founder of Growth Ramp. I enjoy serving early-stage startups to get them 1,000 customers in a year.

TwitterAll Posts
Want to Learn The 14 Principles Used to Double Decibite’s Annualized Revenue in 6 Months?
Sign up below to join our product marketing newsletter and get the latest tactics and strategies we use to help entrepreneurs from idea to scale.
Click here to learn about this product marketing course
More Resources 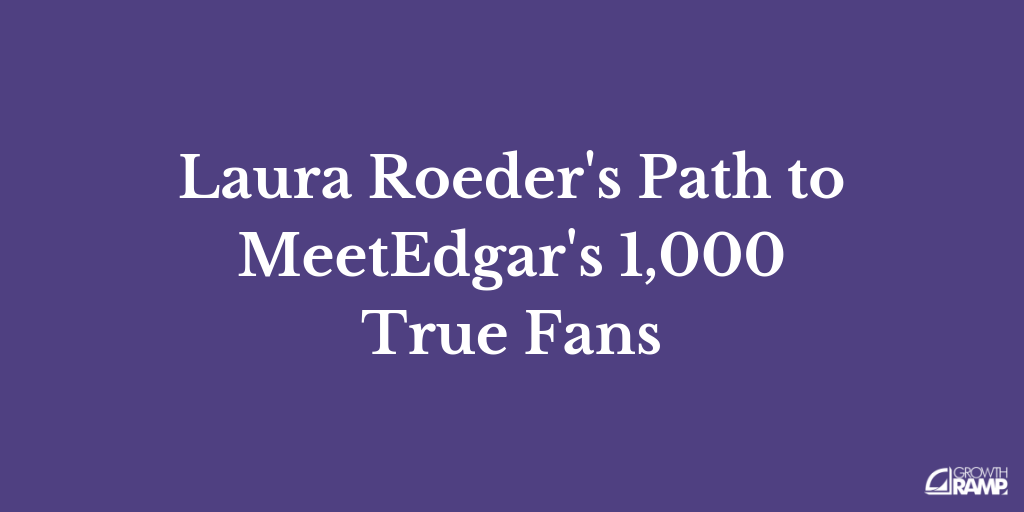 Laura Roeder's Path to MeetEdgar's 1,000 True Fans
MeetEdgar's Journey from Idea to Scale
Laura Roeder is no stranger to moving fast and breaking things. 11 months after launching, MeetEdgar was making over $101,000 in monthly recurring revenue.
Jason QueyHow to Get 1,000 True Fans: Case Studies from Startup Founders 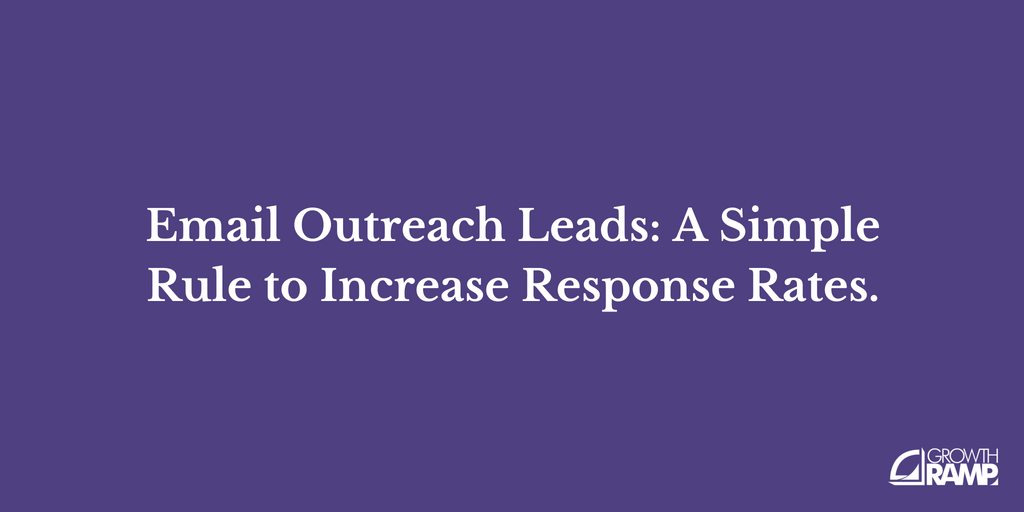 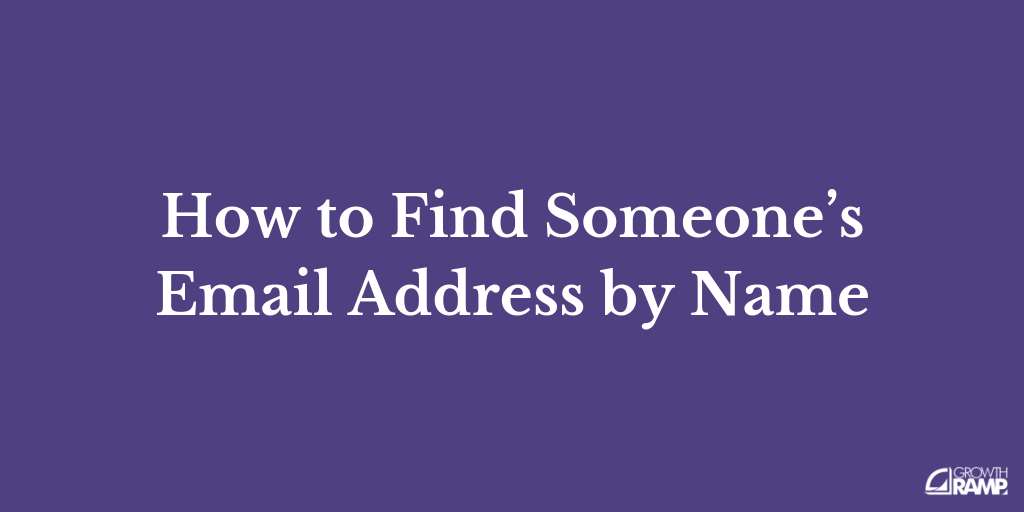 How to Find Someone’s Email Address by Name
There Are Many Places to Get Someone's Email Using Only Their Name
Finding an email address with just a name is challenging, but doable. If you master this skill, the other methods will fall into place.
Jason QueyEmail Outreach 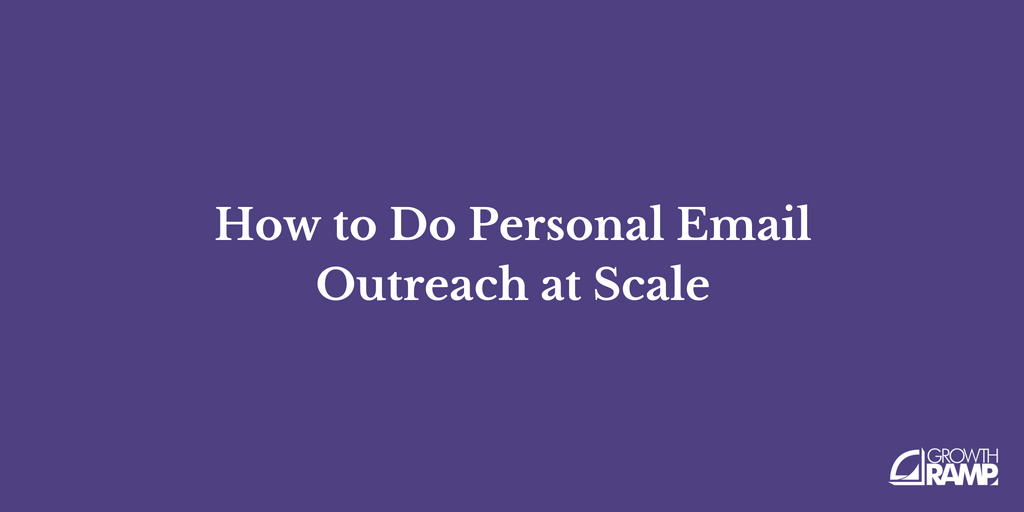 How to Do Personal Email Outreach at Scale
Everything You Need to Personalize 1-On-1 Email Outreach
Scaling too fast can kill startups and marketing campaigns when you experience too many problems all at once. Let me give you some examples of how this might look like with email outreach.
Jason QueyEmail Outreach
Next